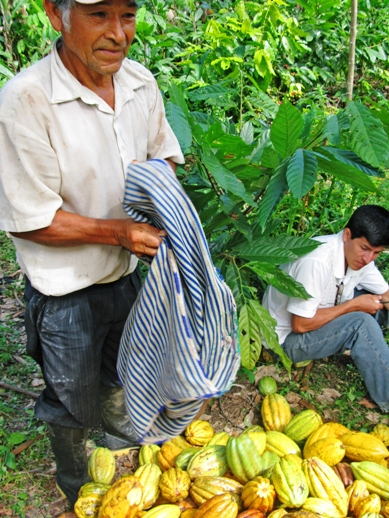 Pure Nacional, a variety of cacao plant thought to be extinct, has been rediscovered in Peru. That's sweet news for chocolate lovers worldwide, and especially sweet for South Dakota chocolate lovers. This one-of-a-kind chocolate is now available at Chubby Chipmunk Hand-Dipped Chocolates in Deadwood.

Chubby Chipmunk now sells a variety of bars made from pure Nacional beans under the Fortunato No. 4 brand, named for the Peruvian farmer on whose farm the beans were found. Chubby Chipmunk is South Dakota’s exclusive retailer of this prized chocolate.

"This is such an unbelievable discovery. I’m so excited," said Mary “Chip” Tautkus, chocolatier and owner of Chubby Chipmunk Hand-Dipped Chocolates. “It’s such a beautiful flavor. I've tasted some of the best chocolates in the world, but Fortunato No. 4 is by far the richest-tasting chocolate I’ve ever experienced; if you can imagine a chocolate rush. This is it! I feel like I have been allowed to go on a journey of epic proportion.”

With its complex fruity flavors and its unadorned smoothness, chocolate from the pure Nacional bean once dominated fine chocolate markets worldwide. But beginning in 1916, pure Nacional trees were killed off by disease in Ecuador, the only known place where this genetically unique cacao grew. Chocolatiers shifted to other varieties, hybrids and blends. The pure form of this prized cacao was believed to be lost forever.

However, in late 2007 Dan Pearson and Brian Horsley discovered cacao trees growing on isolated farms in Peru's Marañón Canyon. The trees' football-shaped fruit contained an unusual mix of white and purple beans -- in some cases, all white beans. Pearson and Horsley sent leaf samples to the U.S. Department of Agriculture for genetic testing. 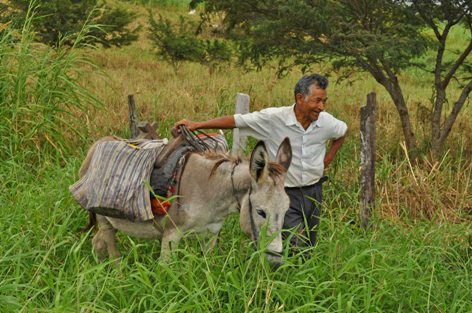 The USDA Sustainable Perennial Crops Laboratory in Beltsville, Md., analyzed the genetic structure of the leaves and found that they were indeed from pure Nacional plants. Tests of more leaves confirmed that pure Nacional plants were growing throughout Marañón Canyon.

The 6,000-foot canyon walls created a unique, high-altitude microclimate for the trees. Pearson and Horsley spent two years developing the right fermenting-and-drying process to bring out the flavor of pure Nacional. They founded Marañón Chocolate, the company that makes Fortunato No. 4 chocolate from the pure Nacional beans.

“The chocolate is intense, with a floral aroma and a persistent mellow richness," New York Times writer Florence Fabricant wrote in a 2011 story about the discovery. "Its lack of bitterness is remarkable."

In February 2013 and April of 2016 Tautkus had the opportunity to see the pure Nacional cacao first hand. Marañón’s Dan Pearson invited her to travel to Peru to see the trees, help harvest the prized cacao beans and see them processed into chocolate. “What an adventure it was to see where it all began, and to meet the actual 'Raiders of the Lost Chocolate!’”

This form needs Javascript to display, which your browser doesn't support. Sign up here instead